PreviousNext < < Back to News

The Chancellor Rishi Sunak has unveiled his autumn budget, which includes changes to Air Passenger Duty (APD) on both domestic and long-haul flights.

Flights between airports in England, Scotland, Wales and Northern Ireland will be subject to a 50 per cent cut in the ADP rate from April 2023 “to support UK connectivity”. Sunak said that this move “will bring people together across the United Kingdom” and that it “is a boost to regional airports”. Passengers will pay £6.50 in economy and £13 in other classes.

At the same time, however, a new band will be introduced for flights of more than 5,500 miles, regarded as “ultra-long-haul flights”. The rates will rise to £91 from April 2023 for economy seats, and £200 for other classes. Sunak added: “Less than 5 per cent of passengers will pay more, but those who fly furthest will pay the most.”

The budget also included the extension of financial support for English airports for a further six months.

The travel industry has welcomed the halving of APD for domestic flights, but reacted negatively to the increase in taxes for long-haul services.

“The introduction of a new ultra long-haul classification will unfairly impact business travellers at a key point in the recovery of our economy. The Government said this was a Budget bringing in a new wave of optimism and yet business travellers will be heavily taxed to go to crucial destinations such as Singapore, Hong Kong and Australia.

“We are calling on the Government to ring-fence at least 75% of APD for sustainable initiatives to help our sector deliver on its Jet Zero commitments. This must be about building a sustainable future not just grabbing taxes.”

“APD was supposed to be an environmental tax, yet no money has been ringfenced for sustainable initiatives. The government needs to get serious by investing the proceeds of APD in the infrastructure we need to support the development of sustainable aviation fuel (SAF). Making SAF widely available is the only way to make meaningful progress against our net zero targets. If revenue generated from the new long-haul band is not invested in a sustainable future, it will do nothing except penalise British businesses trying to embrace the government’s own Global Britain initiative.”

“We welcome the 50% business rate reduction for retail, hospitality and leisure businesses, along with the new funding for local cultural and heritage sites and the promised investment in the UK’s transport infrastructure, all of which will positively impact the UK’s inbound tourism industry.

“While the reduction in domestic APD is a positive step, increasing APD on long-haul flights is a kick in the teeth to the UK’s third largest export industry, which is only just beginning its recovery. Inbound tourism brings new money into regional economies, supports over 500,000 jobs across the country and will significantly aid the country’s economic recovery and Global Britain ambitions, but imposing further taxes on an already struggling industry is counterintuitive.” 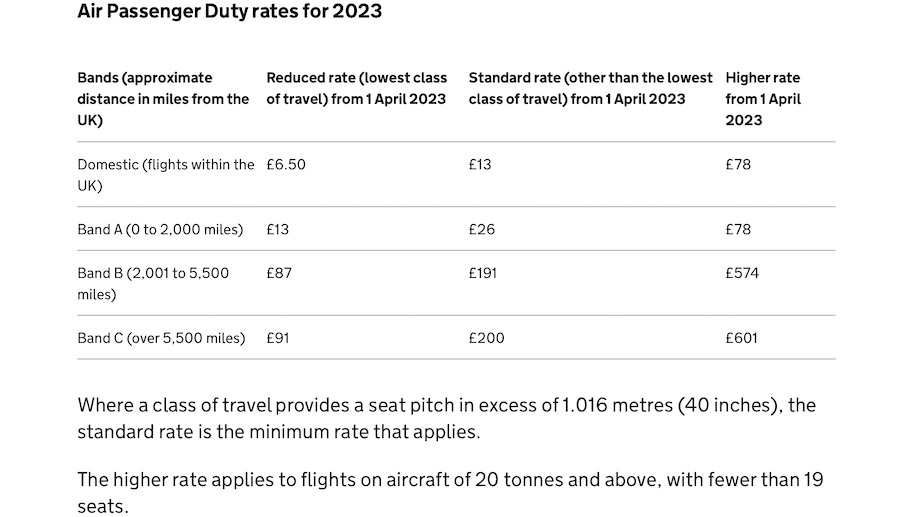 Got a Query
Get in touch